M an, this is weird. I’ve never done anything like this so I don’t really know what to say. I guess the polite thing to do would be to introduce myself.

I’m Ben Rood. I wrote, directed, edited and produced the movie I hope you’ve already seen or are planning to see. I did a bunch of other stuff for it too, like act. I played 7 different characters. That’s how you know you’re working on the cheap. Usually I wouldn’t push the details of my life on you, I’m actually super bashful in that regard, but I used to dig up stories on the internet similar to mine and it seemed like a disservice not to share.

I used to live in L.A. and tried for years to break into the Hollywood studio system. I was a hard working and hopeful writer with a nice education and a pile of scripts. Unfortunately, in California that’s about as impressive as being able to tie your shoes. My day job was working as a tree installer for rich people, usually celebrities. That was a crazy, taxing gig, but I got some stories out of it. Like when I hit on our beautiful blonde client who turned out to be Portia de Rossi, who apparently prefers women. Or the time I ruined Courteney Cox’s hardwood floor. But that’s for another time. I’d drive 70 minutes to work every day for $10.50 an hour so that I could afford to drive home at night to my overpriced apartment and look for industry jobs.

My theory has always been that hard work and determination pay off, eventually. So as long I was surviving (making rent and eating $2 meals), I could keep making phone calls and pushing my resume. Something would eventually come up. It had to. Three years passed. Carrying too many trees resulted in a busted up spinal cord. I couldn’t walk anymore and didn’t have money to take care of myself, so my wonderful and warming parents booked me a ticket back home to Ohio. The L.A. ride was over. At that point, these had, by a landslide, been the three worst years of my life. But nothing felt worse than the pain of watching my dreams slip away as I flew eastbound on that airplane back home. 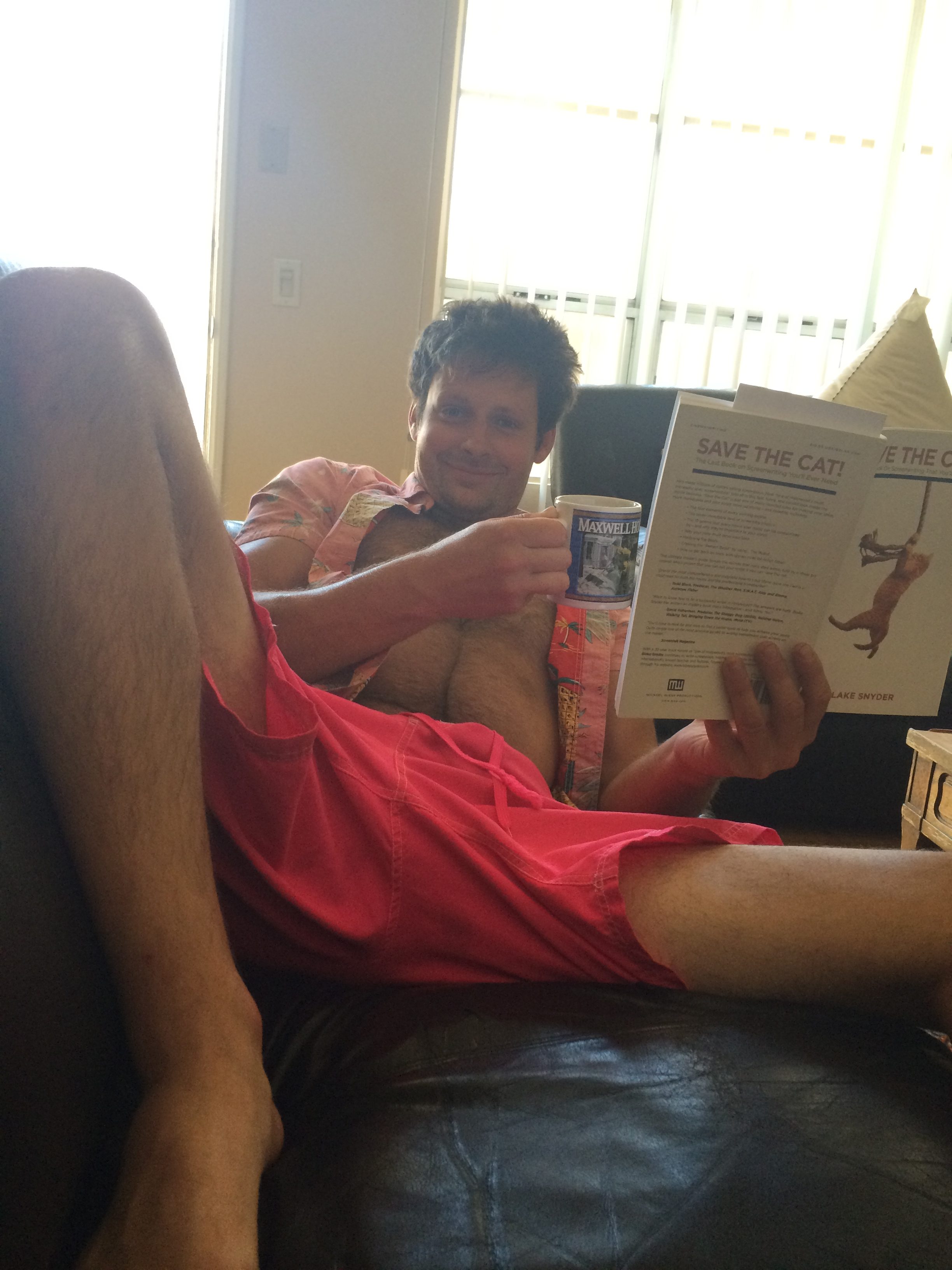 Ben learning how to write movies.

Appearance on local news after peeing on a building.

So here I am back in Ohio, living with my parents. I felt like the “Game of Thrones” lady was constantly walking behind me going, “Shame. Shame. Shame.” I proceeded to live like a bum for about 6 months. No, I’m not proud of that but I’m a proponent of the truth and you deserve to know. But give me some credit, I was still on crutches and my dreams I’d had since I was a kid had seemingly just been taken away from me. I also needed some time to eat a few decent meals. I ate several of them, 15 pounds worth. It was wonderful. But I was lost. I would have taken advice from a homeless man. I knew what I wanted, but what I wanted felt so impossible. And the catch of it was that making movies was the only thing I wanted. It was a blessing and a curse.

Then, one day, for no particular reason, I decided it was time to stop moping around and take action. Maybe my body had gotten the angsty, victimized dosage it needed to stop being such a miserable pansy and I was finally ready to take some initiative. I’ve never claimed to be smart, but I will tell you that my determination is scary. You should have seen the look on my parent’s faces when I told them I was no longer looking for a new career, but that I was going to live with them the next few years and make a movie. “Oh, Ben,” was my mother’s response. It wasn’t that she was disappointed, it was that she was nervous. Because I was already behind the curve in “adulting” (job, house, family, etc.) and now I’d chosen to pause the clock for even longer. But I saw this decision as an investment. A risky investment, sure. But like Babe Ruth says in “The Sandlot,” “Follow your heart kid, you’ll never go wrong.” It was time to pickle the beast.

And my enthusiasm took off like a fever, baby. Writing, writing, writing and working like a dog. I got my back fixed up and took a job lugging people’s furniture to raise money because lugging trees worked out so well before (I never claimed to be smart). I eventually became a firefighter too, but that’s its own movie. I worked 70 hours a week for years, saving as much money as I could and planning my movie. At work I was nationally ranked the #6 employee in the company out of 7,000 or something crazy like that. Because I was working toward something that I cared deeply about, it’s easy to work that hard. It was even fun. 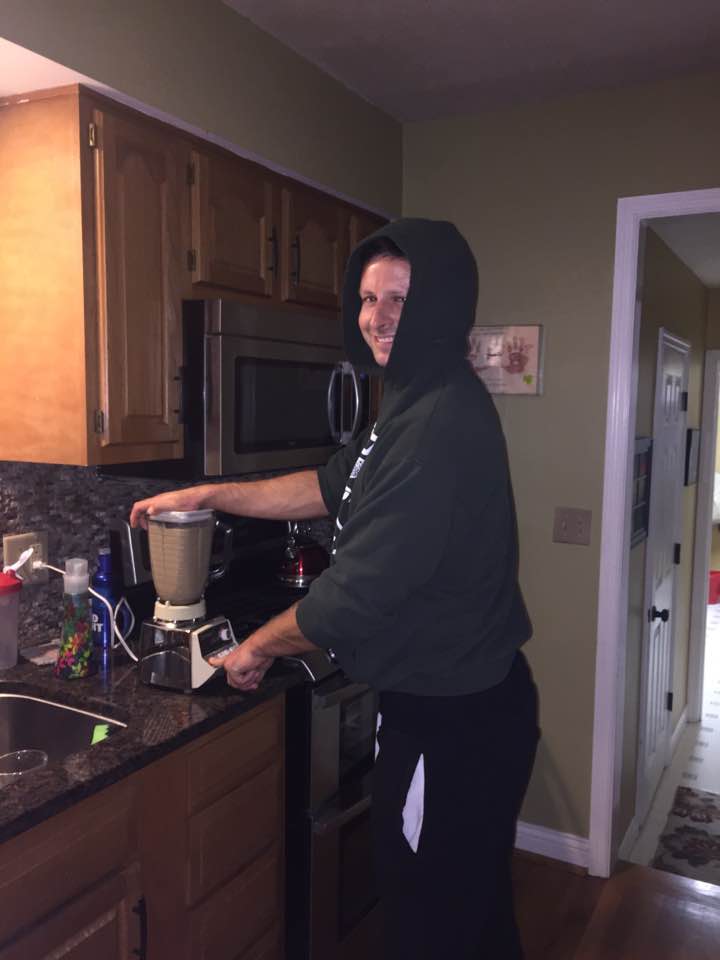 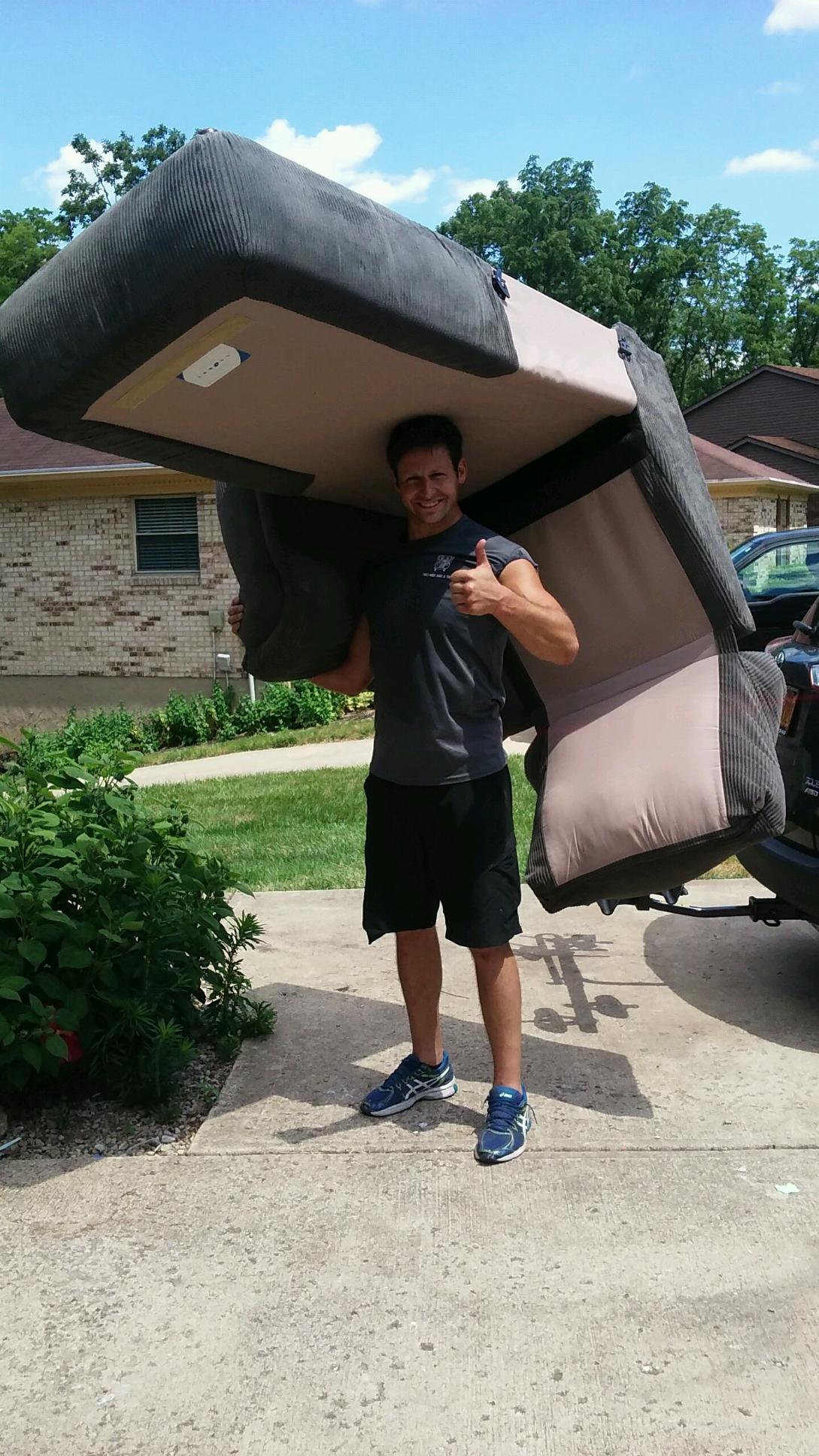 I’d written before and directed some short films, but that’s about it. I’d never even been on the set of a feature, let alone produce one. The rest was a learn-as-you-go, problem-solving exercise for years. It was exhausting but I’ve got to tell you, if you’re working on something you love, it’s all worth it. It’s been a wild, terrifying, exhilarating time.  I don’t know what’s going to happen with this movie, but I’ll tell you this, I don’t regret a minute of it.